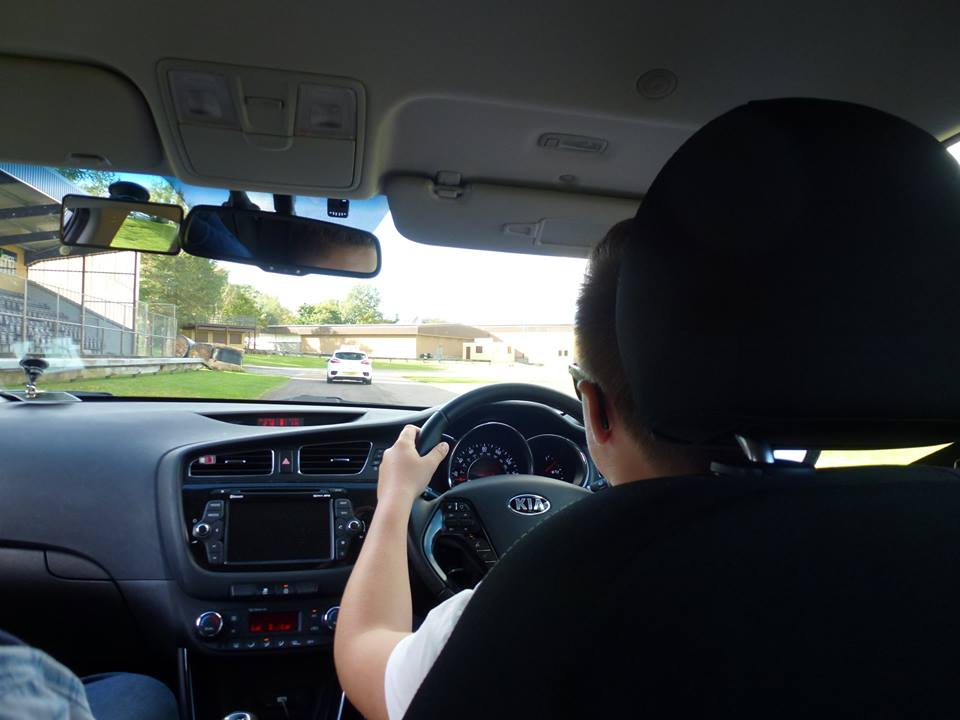 The number of road traffic collisions which occur in the North-East of Scotland has been for some considerable time far too high.  This is partly due to the nature of the roads which comprise mainly of single carriageways with many twists and turns covering an area of undulating terrain.  Many these collisions have occurred at the same locations thus creating a number of accident blackspots in the area. The regularity of these tragic events has created a real need for young people to deal with the North-East roads in a more thoughtful and safer manner.

Statistics reveal that drivers aged 16 to 19 are a third more likely to die in a road traffic collision than drivers aged 40 to 49; indeed, one in four 18 to 24 year olds (23%) crash within two years of passing their driving test. These statistics are quite revealing and strongly suggest that teaching the skills needed to pass the driving test is not the principal objective of driver education - developing a ‘Think Driving’ attitude is the most important issue to be tackled.  Getting the correct behaviours instilled in all drivers, especially young drivers, is the primary task in relation to driver education.

For a number of years Roadwise has been working with the Rrrrallye Team, a Keith based charity, which was established in 2008 in memory of Stuart Harper who tragically died as a result of a road traffic collision in which he was a passenger in May 2008.   Stuart’s mother Linda looked into putting money donated at the church towards a driving related charity for local youngsters but later it became apparent that any money given to such groups would be used elsewhere in the country and not in the local area. This prompted Linda to create Rrrrallye named after the Peugeot 106 Rally car – nicknamed Rrrrallye – that was purchased by Stuart just a week before his tragic death.  The first Rrrrrallye event subsequently took place in Keith on Sunday 15th June.

The aim of the Rrrrallye charity is to promote road awareness for youths so they return home safely - engaging youngsters in the 14 to 17 age group through the Rrrrallye Youth Drive experience in conjunction with Roadwise Driver Training CIC to help influence their behaviour towards driving and give them a taste of the driving skills required. The 17 to 25 year age group is also catered for through vouchers for Advanced Driving and Skid courses.  Road safety is at the very heart of the charity and the team feel that driver education plays an important role in shaping the attitude and behaviour of any road user, irrespective of age – enabling them to become more responsible drivers, passengers, pedestrians and cyclists.

To achieve their goal the charity organises Rrrrallye Youth Drive days aimed at the 14 to 17 age group and an annual community event Rrrrallye Fun Day timed as near as possible to Stuart’s birthday (16th June).

During the Rrrrallye Youth Drive events the younger age group engage in the Pre17 training in a safe off-road environment under the supervision of a qualified Roadwise instructor to enable them to Think Driving at an early age. Parents are encouraged to participate with their children at these events to get a ‘working together’ feeling between parent and child. The feedback from these sessions is always very encouraging particularly so from the parents who often remark how beneficial these sessions are for them in the knowledge and understanding of the training programmes their offspring engage in. They regularly comment that they have learned a lot.

Participants at the annual Rrrrrallye Fun Days in the experienced driver group are drawn from a wide geographical area in the North-East of Scotland. They come to have their driving assessed to establish if they are fit for purpose in the modern road environment.  The whole day is designed to get folk speaking about their driving and hopefully be a bit more careful. It is not just for drivers – it is for passengers to feel comfortable enough to let their driver know to slow down or take more care on the road.

Since inception the charity has been extremely proactive, working to generate a wider interest from youngsters, their family members and communities in the North-East of Scotland.

Roadwise has been working in partnership with Rrrrallye since 2011 and has witnessed the true passion and commitment of the Rrrrallye team to improve driver education for youngsters in the 14 to 17 age group. Roadwise has developed a strong relationship with Linda and her colleagues and has seen at first hand the incredible commitment and enthusiasm which Rrrrallye has demonstrated throughout the years in the North-East of Scotland.

“I, together with a dedicated group of Roadwise instructors, have had the pleasure to work with Linda, Peter and other members of the Rrrrallye team since 2011. Following the loss of her son Stuart at an early age as a result of a road traffic collision, myself and the aforementioned instructional team are privileged to work with Linda in her quest to influence drivers of all ages to give more consideration to road safety.  She simply does an amazing job for no financial gain. Her drive, determination and commitment is always second to none. This has led to Roadwise nominating Linda and Rrrrallye for a Brake Fleet Safety Award in the category Road Safety in the Community. We have recently received confirmation that Linda and Rrrrallye have been shortlisted for an award, the winners to be announced at the Brake annual ceremony in Birmingham on Thursday 11 October.” Dave Watson, Managing Director of Roadwise Driver Training CIC.

Since the inception of the charity :

If you would like to support the amazing work carried out by Linda Harper and the Rrrrallye Team, please get in touch with them using the details below:

Posted 3 years ago by Jurgita Mikeleviciute